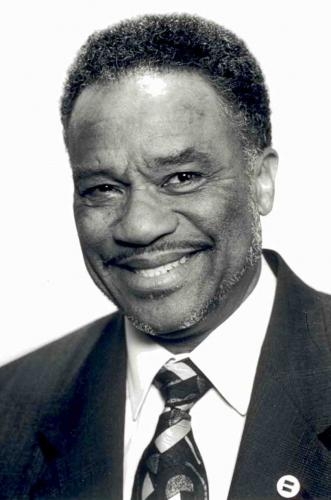 Thomas Dixon, the “voice of black Tacoma” for over thirty years and mentor to two generations of African-American civic leaders, has been a vital force in Tacoma’s 50-year drive forjustice and diversity. As we continue to celebrate the 50th anniversary of Martin Luther King’s receipt of the Nobel Peace Prize, it is timely that we honor this leading figure in Tacoma’s non-violent struggle for racial and social equity.

Born the grandson of a slave in Georgia in 19,31, Tom remained in Tacoma after completing military service at McChord Air Force Base in 1964. Two years later he became the first director of the Hilltop Multi-Service Center and in 1968 became the inaugural executive director of Tacoma’s new affiliate of the National Urban League, a position he held for 34 years. As Tacoma Urban League executive director, Tom Dixon worked assiduously for economic development, job training, social services, and the general benefit of all Tacomans. But as a leading black voice within black and multi-racial communities in Pierce County, Tom was in a key position to advocate progressive change to a conservative, predominately white city leadership; respond to an outbreak of racial violence in the Mother’s Day Disturbance of 1969 with a strong voice of non-violence and conciliation; and was a leading figure in the formation of the Black Collective, a weekly gathering of black civic leaders that continues today.

Even today, at the age of 84, Tom Dixon continues his fight for social and economic justice with a strong, influential voice in equity efforts throughout the Pierce County area.